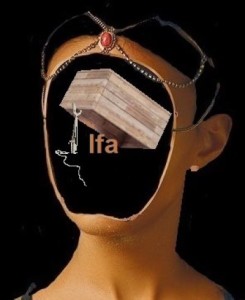 American Ifa: US, Florida: Google’s dictionary states that inveigling is “to entice, lure, or snare by flattery or artful talk or inducements.” Inveiglement is also a form of entrapment, deception, lying, and or coercion by flattery. Billow (2013) stated that inveiglement is a snare set to trap someone by convincing them of something. Solicitation and flirtation online play a great role as well in inveiglement on social media. Famous John Ruskin says, “the essence of lying is in deception, not in words.” Ifa says in Ika’fun that people should not be deceptive. Yet, deception, lying, and inveigling has been going on for centuries. It has intensified and worsened over time due to globalization of technology and increased use of social media.

In 2019, many individuals, religious faiths, countries, and corporations agree that technology has both globally benefited and hurt in some ways a variety of areas. Technology has provided opportunities to buy and sell goods and services such as dating, modelling, divinations, advertisement, socialization, donating, publishing, and so on. With the birth of social media, an infinite amount of personal information including religious stories, history, events, pictures, birth or death announcements, products, and so-forth have been collected and shared online.

In 2018, American Ifa’s annual reading stated that people will try to portray Ifa as bad when individuals attempt to coerce others into traps and defame Orisa-Ifa practitioners. Billow (2013) agree with Ettinger and Jehiel (2009) that inveigling is an emotional game of rooster and chicken in which the participants are bargaining and soliciting only to end up into a trap (Ofun meji). Another instance, Ofun meji speaks about the pigeon who saw a party happening in town on social media. The pigeon was curious and went to look to see who was at the party. When the pigeon got there, he found it was a trap. The pigeon was the target. The pigeon was lured into a situation on social media where the pigeon lost his life. Inveigling can lead the target to be defamed as a fake or fraud (Walter, 2000). Social media has allowed the development of many negative inveigling groups. At the end of the day, a person’s reputation is tarnished. Ifa says that this type of behavior is condemned (Ogunda obara; Ika Ofun; Ogbe Iwori; Owonrin Irosu; Irete Irosun).

Walter (2000) described the individuals who have the tendency to engage in these entrapment behaviors as emotional, attention seekers and manipulators. The individuals will then see themselves as victims from their own vindictive victimization. Ifa recognizes this character in Odus ogbe’iwori, owonrin’irosun, irete’irosun, and irete’bara as self-deception. By practicing this behavior, they believe they gain power and control over the people who are the real victims. Many police stings utilize entrapment methods to bust online prostitution. More and more, several Traditional Yoruba babalawos have been the target of entrapment. The motivation is usually a person who wants to mislead for a mental award or to accomplish a hidden agenda.

The West African religious practitioners and devotees inveigling on social media have not been focused on preservation, but instead the destruction and dilution of spiritual stability in the diaspora. Odu Ogunda Bede, Odu Ogbe Ale, Odu Eji-Ogbe, and Odu Obara Meji warn people against lying, deception, stealing, entrapment, and other behaviors that will cause a breakdown of social equilibrium (Laleye, 2014). These people draw up an alternate version of reality that only they have witnessed to support their victimhood and gaslight the real victims who know the truth. It’s a form of lying intended to deliberately mislead people. Behind the computer screen an individual can be as handsome or as much the beauty queen as they want. As an example, a person who is out to entrap Babalawos might go to such lengths as to share nude pictures to entice them to their web.

In conclusion, social media has become the breeding ground for the diminishing credibility of Orisa and Ifa practices in the diaspora as well as West Africa. It is easy to inveigle and entrap people because they have desires, needs, and wants which the attention seekers manipulate to their advantage. Entrapment is like a cancer that spreads throughout the body when it is not detected early and the proper Ifa medicines are not administered. Technology will continue to grow to have a wide reach and social media administrators will also continue to like and encourage the dysfunction to draw reality tv show mental illness and madness. In ogbe’yeku, Ifa says there is a space where there is a moment of silence and stillness, where an Awo should seek balance and endurance. One needs to consult Ifa to protect against these individuals who enjoy bringing an ajogun to destroy the legacy of the ancestors (Oturupon’rete).