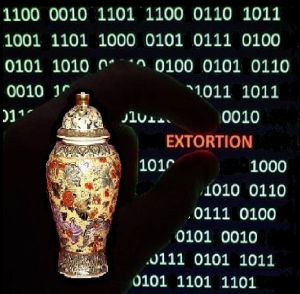 American Ifa, US, Florida: Orisa/Ifa rituals, studies, sacrifices, divination, and icons will come with a cost in any country. Oyeku Meji states that a person who does not do sacrifice after the priest prescribes the necessary ebo is saying the Ifa priest is a liar, Esu is a thief, and they think that they will never see death. Ifa may say the individual needs to be initiated (Odu Irerte Eguntan) but with a cost for labor, animals, icons, clothes, food, and spiritual substances (normal expenses for the ceremonies). The charges for those sacrifices range from zero to hundreds of thousands of dollars, depending on the market and the financial system of that country. Some people will claim that these costs are the acts of extortion. The Orisa/Ifa priests should not display any distrust when it comes to charging, character, and identity to the world (odu Ika Osa). At the end of the day, fifty percent of the 256 odus state there is a need to do sacrifice for protection from death, sickness, danger, etc., while the other percentage indicates the need to sacrifice to obtain good fortune regardless of whether it’s for wealth, long life, plenty of children, open doors, and so-on. On the flip side of the coin, many people who are not trying to be right in the eyes of Olodumare will look for priests that they can spiritually extort through their own lies, inappropriate behaviors and shortcomings (Odu Ogbe Ale).  Also, some Orisa/Ifa priests have not set themselves apart from most Christian institution’s mega churches in the diaspora and West Africa.

Extortion comes in many forms. Extortion has both negative and positive aspects; it depends on what end of the coin you are on. Under extortion there is coercion, pressure, lying, stealing, swindling, fearmongering, dishonesty, blackmail, etc. Google’s dictionary states that “extortion” means the practice of obtaining something, especially money, through force or threats; or necessity for protection by the payment of money (Odu Ofun Bara). Extortionate qualities are also found in self-dealing (Wrage, 2007). Extortion is an inappropriate act and prohibited for priests to do for their own greed and desires. In odu Ogbe Osa, Ifa says that if a Babalawo/Iyanifa or Orisa priest is in grave wants, let the [priest] not lie to display dishonesty. Ifa oracle explains that many priests are impersonating Orisa or Ifa and acting like mob bosses as they deceive the people by extorting large sums of money for protection. Many are outright stealing, lying, practicing defamatory activities, financial cheating, and blackmailing others who are honest (Odu Ogbe Idi -odi). The cost can range widely due to the wealth of the individual seeking protection which is something that is considered by the priests who inflate the prices through self-dealing. Briefly, self-dealing can be observed in the third party priests who put up defamatory remarks about credible priests on fraud pages to minimizes those priests. They do this to promote another priest who the third party is acting on behalf of because they hold membership cards to that priest’s organizations (Wrage, 2007). Some would call this behavior thuggish like extortion.

In 2016, Perlmutter stated that there might be some criminality associated with extortion and orisa and Ifa religious practices. Many people blame social media, advanced technology, and classic Hollywood and Nollywood Nigerian film industries. Orisa/Ifa and spiritual products have become a religious cybercrime on social media from both Nigeria and second diaspora communities (Cuban Babas and Oloshas) (Tade, 2013). There are more and more Latin Botanicas today on the internet especially social media and now Amazon. Social media is flooded by many West African religious cybercrimes from Nigeria by young people who claim they have high status with Orisa and Ifa communities (Tade, 2013), who are worse than title consumers. Many of these oppressors are imposter Orisa and Ifa priests who have victimized both weak and curious people with the projection of death. Lying does not prevent a person from becoming rich (Odu Obara meji). However, manipulation is dishonest and Ifa says that “no matter the condition in which the priests may find themselves, they should never lie to cheat and extort a client in exchange for protection. Because lying can injure other people” (Odu Aji Ogbe).  Unfortunately, technology has created a double-edged sword capable of destruction as well as constructive purposes.

In 1988, Mitchell wrote that Santeria/Lucumi, Nigeria, Haiti, Brazil and Diaspora practitioners have come into the business of being deity extorters and it continues to grow rapidly. Today, the business deals to obtain the protection of the Orisa/Ifa is handled like the mafia or like the large global fake healthcare insurance corporations. To illustrate, the extortion is the threat that the Orisa/Ifa will not protect the individual unless they make payments to the priests for sums of money that can add up anywhere from $10,000 to $50,000 per ritual. In Tampa, Florida, there was a botanica charging $1500 for warriors, $500 for Esu alone, and lucky charms ranged from $300 to $500 each. On top of that, there is no training or education provided for the individuals on how to care for the warriors or Esu. Another example, a well-known Iyanifa stated on social media that she did an unauthorized divination and used fearmongering on two persons by telling them that they needed to pay her $200 each and a goat or they would die. Such actions are dishonest, extortion, fearmongering, and lies (odu ogbe osa). This negative behavior has caused distortion in the perceptions people have of the Orisa and Ifa practices. In reality, spiritual cybercrimes and the got to have money attitude are the real forces behind Orisa-Ifa priests’ extortion tactics. Unfortunately, it does no favors to our faith’s integrity and image. It develops individual spirituality displacement. It is sad to hear so many people report how they come to learn about their spirituality from priests in both major systems, only to have those priests take their money and give them in return only beads, icons, initiations, and fearmongering for more money. Many have defined these behaviors as extorting.

There are several organizations from both Santeria/Lucumi, Other diaspora traditions, and Nigerian Traditional Orisa/Ifa practices which state in their organizations’ (ex: ICIR, IWA, YCA of Cuba, ACYC, and CLBA, etc.) code of ethics that they will not extort money (Odu Ika Ofun). Today on social media and on instant messenger, an individual becomes prey for extortion due to the ideology of institutional collaboration from many of these organizations mentioned. However, membership cards don’t enforce and hold their members responsible for extortion. The organizations are a part of the problem because various members practice extortion against their clients under the guise of legitimacy. One traditional organization stated “extortion – a priest must not collect or extort money from [their] client(s) or any member of the public under false pretense.” “Liars knows the truth but tell untruth” Ifa says in Odu Ogunda Bede. Every priest who is helping, assisting, charging, and consulting people under their guidance to a better place in life needs to know the difference. Orisa and Ifa practices throughout the diaspora and as well as Traditional Yoruba practitioners are recognized as a blessing. Odu Ose Meji informed that priests that participate in stealing money, contraband, chantage, extortion, drug and sex trafficking, kidnapping, illegal gambling, fraud, prostitution, over pricing, forcing people to get initiated with the use of fear, and so-on will be exposed and handled by Ifa. This is a hot topic which will anger many people as well as confuse others.

In conclusion, this article was written only to discuss some aspects of few organizations and priests concerning basic pricing. It is important to understand that individual’s spirituality cannot be bought with icons, rituals, and initiation. It is earned through continuous studies, practice, education, prayers, self-awareness, pure heart, open-mindedness, balance, and respect for one’s self and others. Additionally, travelling from one diviner to next looking for discounts most likely increases one’s chance of being a victim of extortion because there are always frauds and cons artists available and lurking. Don’t be a consumer spiritual shopper. At the same time, do your research. The right priest just might not be giving discounts.

Mitchell, R. (1988). Power of the orisha: Santeria, an ancient religion from Nigeria, is making its presence felt in Los Angeles. Retrieved from www.latimes.com/archives/