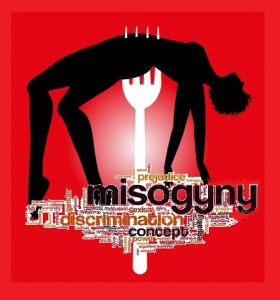 Florida: In the holy odu Ofun Osa, Ifa says “If the world becomes rotten and destroyed it is because no one no longer knows how to behave with one another.” Misogyny is also considered to be sectarianism, superiority, chauvinist, racism, ethnocentrism, and discriminatory. Usually, the male misogynist dislikes or despises or are prejudiced against women in various positions. Misogyny can be attributed to both males and females. Misogyny has a variety of layers in a complex society. Brogaard (2019) asserts that misogynists are self-loathers. The female misogynists have no real powers. Their oppressors do and they assist the oppressors in the dehumanization of other women. Misogyny is present in the Orisa and Ifa practices throughout the diaspora and the Nigerian Yoruba Tradition. It is a huge problem.

The male manifestation of misogyny is more commonly found among Babalawos. The female expression shows itself when women attack other women and assist the Babalawos with inflicting pain on those women reflecting their own self-punishment and self-shaming (Brogaard, 2019). These women are immoral and empty (Odu Odi Ogunda). The odu Okanran Ose says “Ifa enjoins he/she should not keep malice.” Misogyny is totally taboo in the eyes of Ifa (Odi Meji). It creates chaos and madness in the practice of Orisa and Ifa (odu Otura Oyeku). Chimamanda Ngozi Adiche (2018) believes that “we all breathe misogyny.” Aron (2019) evaluated misogyny as societal inequity. Women who ask for equal rights or want men to be held accountable are often called male haters or Orisa and Ifa terrorists. As an example of this behavior, a poser Cuban-initiated Babalawo known as CSK stated in a 2015 article that two women of color were terrorists because they are against the misogyny and racism in Ifa. The women were terrorists because they refused to accept the abuse and sexism in the Orisa and Ifa practices within the diaspora. In 2015, the American Araba from Nigeria called the two American women of color dangerous based on many assumptions and following a misogynistic bashing of American Ifa Fa Afa ideology. The women persisted because the U.S. Department of State Office of International Religious Freedom states everyone has the right to think and move according to their religious beliefs. In addition, the women of color are both initiated to Orisa and Ifa and were following the recommendations of Ifa.

The year is 2019 and misogyny is alive and living well both economically and religiously. It is outrageous when women play misogyny cards for misogynistic Babalawos in both the Lucumi and Nigerian Traditional Yoruba practices. They attack and post defamatory statements against women in the Orisa and Ifa online communities who think differently than them. One article in the Guardian (2019) stated that West African Ifa oracle and Babalawos constantly speak on how important a woman is in the spiritual practices; yet, rape, abuse, discrimination, and the degradation of women is still strong and thriving in these patriarchal societies (Adebowale, 2019). This makes misogyny more in line with sexual discrimination. This especially shows when a male gets initiated to Ifa at a certain price and receives Ifa items including Orisa Odu. A woman will pay that same price and will not receive the same treatment as her male counterpart. She will get a small fraction of what she is due in comparison. Male domination and abuse established and developed these protocols during colonialism including the lies being told against women’s spirituality as well as her religious position. Many Babalawos like to throw out odu Ofun Meji at women when questioned. However, in the oldest books, Ofun Meji states that Orisa Odu said, “NO ONE else may see me…” No one means no one. No man. No woman.

Further examples include the Gelede masquerade where all men dress up like women. It would seem it is only men who can satisfy the Mothers. There is even talk about women not being able to make or wash Esu (Eleggua) or use a knife to do any sacrifice. This is strange when women use a knife every day to cook a meal… a thought outside the box. Men continuously want to rewrite the passages to claim the woman’s position as custodian of the home.

In 2012, the Santeria Church posted how the misconceptions about women in Santeria are due to patriarchal Cuban Babalawos and their misogynistic ideologies and approaches on different Orisa levels. Even so, some women are their own worse enemy. Their need to be wanted, loved, and admired by men who they assume to be powerful causes them to push misogyny on their own gender. Yet as Santeria theology shows, it was women who initially shaped and preserved the Orisa and Ifa practices and knowledge from Nigeria during slavery. Women played a very important role in the New World. Across the water, the West African Nigerian theology dealt with the integration of colonialism which puts women’s lives in incessant jeopardy (odu Ogbe Oyeku).

In 2019, Adebowale recorded Olufnmilayo Ransome Kuti and 10 thousand Egba women declare: “Alake for a long time you have used your penis as a mark of authority that you are our husband. Today, we shall reverse the order and use vagina to play the role of husband.” Beliso-De-Jesus (2015) wrote that the various Ifa Babalawos of the Cuban, Nigerian, and American styles perpetuate coercive control, female religious, economic, and spiritual abuse as well as their misogynistic ideas on what and where a woman’s place is in Ifa. All of which was modeled after the Christian dogma and doctrines of colonialism. Beliso-De-Jesus (2015) also stated that the African style initiation of women into Ifa goes “against Cuban Babalawos’ misogynistic behavior in neoliberal terms of religious freedom.”

There has been an intense argument publicly and online about women in Ifa and the limitations created by men and imposed upon them concerning positions and duties in orisa rituals and ceremonies. All in the name of profit and coercive gender control (Beliso-De-Jesus, 2015). Not only does misogyny create huge divides in the relationship between males and females among the various practices, but it creates conflict and discrepancies in the theology and ritual practice of Orisa and Ifa in all spiritual/religious systems.  At the end of the day, despite all the unfavorable sexism, misogyny, and narcissism within the Orisa and Ifa online communities, the Orisa and Ifa practice centers the Odu-womb-Mothers and is fundamentally a female-based practice. Unfortunately, at this time, it is practiced without actual physical respect and equality for women (odu Ose’Otura).

Adebowale, O. (2019). Women arise in the face of misogyny: A cultural perspective. The Guardian. Retrieved from https://guardian.ng/life/women-arise-in-the-face-of-misogyny-a-cultural-perspective/

Brogaard, B. (2015). 12 ways to spot a misogynist. Psychology Today. Retrieved from https://www.psychologytoday.com/

Brogaard, B. (2019). 12 ways to spot a female misogynist. Psychology Today. Retrieved from https://www.psychologytoday.com/

Santeria Church (2012). The importance of women in Santeria. Retrieved from www.santeriachurch.org/