IRE: Ejiogbe, Ire elese Olodumare tesi Timbelaye, not firm without proper ebo (all our luck and blessings is coming from God)

IBI: Warns not to put yourself in the hole, which you dig for yourselves.

Otura: In Ire (positive statement): The representation of a wise person, able to use the experience in the day.

Joining these Irunmoles: In Ire (positive event): The healthy maintenance of our relationships as a result of honesty 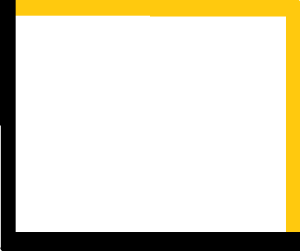 “The last will become first”

“Turtle face was so passive Olodumare could not manipulate”

“From the sky you see everything”

“Marks the beginning of a turbulent time”

o Embarrassment of Sango hanging himself, accompanied by this faithful servant Aba

o Must take good care of Ogun and Sango

o The mark of mental and physical illness by enemies – suicide

o The declarations of Ifa to Sagbagiriyan

o Those who are honest

o The support of the deities

o Being responsible and reliable Ako kiye! A bird of infinite beauty is in charge of the Kingdom of witchcraft

o Do not use force

o Carrying things on the head

Palm oil is taboo for Esu (Elegba) in this sign. Use peanut oil for all the orisha and Esu Use Palm Oil for Iyami only

STORY: Adikun the mother of Olufon was taken as a slave and she became the wife of Oduduwa and later gave birth to Eshu Olankin. She would bathe him with palm oil. Olankin used to become enraged. This is the reason why Oya is called Adikun since the palm oil is called adi and this is TABOO, for ÈṢÙ. DO NOT GIVE PALM OIL TO ÈṢÙ THIS YEAR! USE PEANUT OIL (Groundnut oil)

Odu Ogunda Tura oracle 207:1 : by Ifa international foundation Sakamba (I am quite clean) was divined for Ota (stone) in the water, We gear sickness, Ota-Omi was told not to be afraid of sickness And was asked to offer sacrifice so that he might not be sick Ota-Omi was further asked to offer sacrifice so that he would remain stationary The sacrifice: a snail, a pigeon, 3200 cowries and ifa leaves He heard and sacrificed and was free from sickness

Oracle 207:2: Ogundata-tura, it is good that enables one to overcome enemy. An ill-favored person can be easily entrapped by his enemy. Who gave birth to me? An ill-favored person is one whom most people believes to be turned and yet he thinks that he is much loved. In strong winds, egbee plant fall upone another; in lie manner, my enemies will die one after the other. they will never befriend one another; the male lizards do not befriend one another in a short time. (this is said when cleaning with ifa leaves and irosu powder)

The odu came with Ire (good) however Ogunda is always a difficult sign to live with that why it is necessary to list the Ibi (bad) or negative aspects of this sign. If we only look for the good in the ODUS and do nothing to stop the bad things, we might as well not even pay attention to any of what is said about the good. Life is about balance and duality.

We of American Ifa-Fa-AFA wish you a happy, healthy, and prosperous year ahead. Àṣẹ!