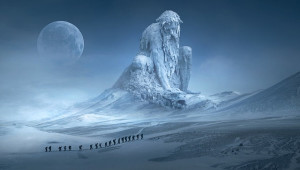 US, Florida: Firstly, the History Channel (2010) indicated that New Year’s around the world does not fall on the same day nor occurs at the same time due to time zone differences. Booth (2017) stated that December 21st is the 355th day which makes one year and on a leap year it is the 356th day. The other ten days towards the end of the Gregorian calendar remain for transitioning. Many babas and iyas in the Orisa- Ifa religion are stressing that people are obligated to follow a tradition upon seeing the 5th annual American Ifa reading which came out on December 21st in America. It is a tradition, simply one they do not share.

Let’s begin by defining traditions and discuss why these broken traditions in Orisa and Ifa-Afa practices in the United States or Diaspora are the norms and religious customs. Many Lucumi/Santeria and kitchen top spiritual practices battle with others who are following the original traditions before slavery or before Christ. Google dictionary describes “tradition as a belief or behavior [that is] passed down within group[s] or societ[ies]” with similar ideas, social norms, and practices. Oderinde (2018) article stated that traditions such as religious practices, ceremonies, or festivals were the vital parts of cultural heritages. It is understood that different groups believe these activities are part of the essential fabric to their culture’s survival and circulation. These events provide perspective and help to see the differences in various regions and their traditions (Oderinde, 2018). According to some, if a person leaves their adopted communities; they have severed themselves from either their roots or kinships. It is possible the person severed the ties that chained them to roots that were not theirs in the beginning. Those roots may have been the closest roots they could adopt due to slavery displacement and it was time for them to grow and follow their own roots.

On December 21st, the world has both the shortest day and longest day on the first day of the winter solstice (Booth, 2017). It depends on what hemisphere you live in. The winter solstice has long hours of darkness, the birth of the sun, and is considered regenerating, renewing and self-reflecting (Booth, 2017; Explore Deeply, 2019: National Weather Service, 2019). To illustrate, the “Ifa letter for the coming year.” Technically, there is no odu that states the letter for the coming year is set to be pulled down officially on December 31st. All the same, December 21st is the most powerful day of the year. National Weather Service (2019) stated that this is the time that the world at the same time is affected at once.

In 2010, the History Channel stated that civilizations around the world have celebrated New Year’s as far back as 4 millennia ago. Over time, civilizations have developed their own calendar to establish their first day of the year in coordination to their agricultural or astronomical activities. Not all cultures celebrate December 31st as the New Year’s and or January as the 1st of the New Year. In the 8th century B.C. Januarius and Februarius were added by King Numa Popilius (History Channel, 2010). This caused the calendar to not be in alignment with the winter solstice – sun (e.g. Olorun). Julian Caesar decided to add 90 extra days to the calendar to introduce the new Julian calendar which is very similar to the Gregorian calendar (History Channel, 2010). Caesar established January 1st as the first day of the year to honor that month as Janus. Christians leaders rejected this and replaced the January 1st to December 25th to have more spiritual and religious appeal and religious significance (History Channel, 2010). This idea didn’t last long. Christians used the winter solstice to declare that the moon (Orisa Osupa) gave birth to the sun and the birth of the sun or son was Jesus (Booth, 2017: National Weather Service, 2019).

In 1582, Pope Gregory XIII revisited the idea of January 1st as New Year’s Day. Since 1907, the US celebrated New Year’s traditions by dropping a giant ball in Times Square at the stroke of midnight in accordance with the Gregorian calendar (History Channel, 2010). This was started for a few reasons centered around the economy, unification, and remembrance. The Farmers’ Almanac (2019) stated that the Druidic tradition believed that on the winter solstice, December 21st, the death and rebirth of nature power occurs as well as the renewal of the human soul. The Newgrange, also known as Stonehenge in Ireland, was built around 3200 B.C. and is a large circle of stones baring a semblance to the opon of Ifa. This was associated to the “light of winter” (Farmers Almanac, 2019). The Chinese see the winter solstice as the Yang (positive) which is the opposite of Yin. For many centuries, different indigenous cultures and religions have celebrated December 21st and its unique energy by applying rituals and festivals on that day (Booth, 2017; Explore Deeply, 2019: Farmers Almanac, 2019). The winter solstice has a large spiritual effect (Booth, 2017). It signals a milestone and the change of power on December 21st.

Explore Deeply (2019) indicated that the winter solstice changes the energy and redirects our daily life. The changes can affect the cycle and nature. For instance, the ideas of the end and beginning of life and preparation of a new year, changes in the weather, changes in the oceans, agriculture, and human reflection and rest (Explore Deeply, 2019).

History Channel (2010) said that in “many parts of the world, [the] traditional New Year’s is death [and is] featured with the legumes, which are thought to resemble coins and herald future financial success; ex: lentils in Italy and Black-eyes peas in Southern U.S., because pigs represents progress and prosperity in some cultures, pork appears on the New Year’s Eve table in Cuba, Austria, Hungary, Portugal, and other countries. In Spain, people would eat a dozen grapes to symbolize 12 months of their hopes for each month ahead of them.”

Meanwhile, it becomes more and more amazing when people are trying to do the right thing in Ifa practices. Several male only babalawo council societies are developing corporations all over the America-Diaspora in order to push and pull their misogyny, domination, and controlling (Ika meji) masculinity to the mass of practitioners and devotees online. Some babalawos have ordered and demanded to know who gave American Ifa- Ile Ikoko Ata the rights to break from the Cuban traditions by pulling an odu for the coming year on December 21st and not on December 31st. In Yorubaland tradition, annual ifa reading for the year is not done on December 21st or December 31st. Generally, Yorubaland Ifa is celebrated in June (Edimomi, 2017). This is the time of harvest of Yam, which is very important to Ifa and the people. The Yoruba people have been practicing this custom since after the arrival of the Christian missionaries during the 17th century (Edimomi, 2017). The Cuban babalawos societies letra del ano (the letter of the year) is an annual proclamation of predictions that falls on December 31st (Meyers, 1999). The Spanish babalawos in the Lucumi/Santeria culture give advice for the coming year and they follow the Gregorian calendar. As a matter of fact, letra del ano practice was started by Adeshina (Remigio Herrena) on December 31st, 1899 in Cuba (Meyers,1999). There were only six of his godchildren present at that time. The tradition was invented in the early 19th century (Meyers,1999). Adeshina was recorded as the first Cuban babalawo to do a ritual to get the odu for the New Year. Adeshina died in 1906 and Bernardine Rojo continue organizing the tradition – letra del ano. In addition, some recorders show that Tata Gaytan was an assistant to Rojo behind the scenes (Meyers,1999). Until his death in 1986, the Comisión Organizadora de la Letra del Año by Miguel Febles Padrón performed the tradition for Cuba and the world. It is no different than the Yorubaland Ifa festival. There the odu pulled in June in the Yorubaland is also for the world. Lele (2012) declared “on the eve of the Cuban Revolution, we must turn to this custom…December 31st, 1958 babalawos gather together to call down the odu” (ch. 4).

At the end of the day, different regions have different governments, social problems, and economic issues. Ngozi (2019) stated in the article “Practicing Ifa Afa in America”: “in the 1860 United States Census, there were 3,953,761 African slaves that represented 12.6% of the total American population” (Johnson, 2012). The concept of diversity creates assimilation for American/Diaspora cultures and beliefs which brings a special type of unity, ideas for harmony, a unique mechanical design for spiritual growth and plasmatic substance for long life and the spread of Ifa. In 2010, a creed for a divorce was publicly posted. Lukumi babas stated:

“…….devotees (lucumi vs traditional) are incompatible with each other (Lele, 2010). Lukumi says that they are a separate entity from their Mother (Yoruba West Africa) by their actions. Reminding what Oluwo Fayemi Fatunde Fakayode (2015) wrote in the Facebook Ifa-Orisa-Egun Talk group that “many stories we hear today about most of our Orisa are mere fabrications… it is high time we wiped out the fallacies that have overthrown the real history … Let us do away with stories that are not firmly rooted in Ifa…… what is sure is that the destiny of our `religion is in our hands. It is high time we started rewriting the stories of our Orisa for the coming generation to have documents to lay hands on. Let us encourage ourselves to write books of our religions by ourselves.” In Odu Ejiogbe says that the basis for understanding the beginning is knowing the end of all things towards the essence of life… within the Lucumí Religious system (Lele, 2010) has forced their now orphans to develop a new way of life – American Ifa.”

Therefore, it is wise and practical for each region to have an approach that is equal to or in harmony with the people’s government, spirituality, economics, and health. To my fellow male challenging Babas and supporting Iyas who are in need of an explanation of why American Ifa calls down odu on December 21st and not December 31st, it is simple. We are living in a country where an individual has the freedom of religion and has the freedom to pick and or choose their religious practices and ways to worship. Let’s find a commonality in the ways we can share the same water fountain to lower the barriers of criticism and narcissistic anti-socialization. American Ifa is interested in how we view our government, spirituality, economics, communities, families, and health and finding solutions through ifa and orisa to struggles that affect us in the American-Diaspora.

Booth, J. (2017). What does the winter solstice mean spiritually? It’s celebrated in tons of religions and cultures (356th leap years). Retrieved from www.bustle.com/

Meyers, S. (1999). A timeline of lucuma history. Retrieved from https:/sitrs.google.com/site/bstartmeyers/atimelineoflucumihistory

Explore Deeply (2019). The spiritual significance of the winter solstice. Retrieved from https://exploredeeply.com/

Farmers’ Almanac (2019). Winter solstice 2019: when is it, and what is it?. Retrieved from https://www.farmeralmanac.com/winter-solstice-first-day-win…

Lele, O. (2012). Sacrificial ceremonies of Santeria: A complete guide to the rituals and practices. USA