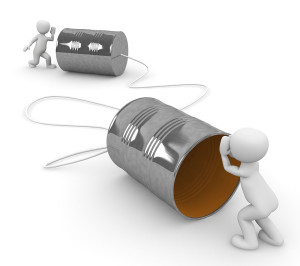 US, Florida: With the old-fashioned callaloo soup and the old-fashioned macaroni-and-cheese, people took their time to pick out the right herbs and vegetables as well as to properly prepare them. As centuries have passed, new generations strived to change the old way of doing things. Different generations would remove the items from the recipe that they did not like. Each generation created their own way of making callaloo soup or macaroni-n-cheese. By the fourth or fifth generation, the soup is nothing but brown water without any flavor and the Mac-n-cheese is nothing more than orange paste squeezed out of a tube. Yet at the end of the day, they still will call it callaloo soup and macaroni-and-cheese.

Today, everything is either instant or microwaved. This is the same thing that has been going on in Orisa and Ifa initiations in the past 18 years with both traditional (Nigeria) and Lucumi when encountering African-Americans in the diaspora. There has always been a communication problem between generations of priests in the orisa and ifa initiations. This creates gaps in generational learning and bad communicational barriers between devotees, uninitiated or unbeliever (ogberi), and novice priests. Since the US President has put a Nigerian Ban in place, the communication barriers have and will continue to be widened.

Barriers developed between seekers and the novice priests as well as elder priests due to unfamiliarity, breaks in tradition, unconventionality, language barriers, gender barriers, and perception (Rani-Kumbakonam, 2016). Ifa Odu Iwori Owonrin says a priest should never initiate harm to another. Or discriminate, but instead appreciate the value or worth of others (Odu Ose Oturupon).

Communication is very important for the survival of orisa and ifa in its original form in the new modern world, where there is chaos around every corner. Rani-Kumbakonam (2016) defined communication to be when a person is sharing information. When there is no sharing; it leaves gaps of education and a lack of understanding which creates even more barriers. As an example, you don’t speak Spanish or Yoruba and you get initiated in houses that primarily speak those languages. Your ita is in the language you don’t speak… there is a communication barrier. “Communication barrier is anything that prevents [you] from receiving and understanding the messages others use to convey the information, ideas, empathy, and thoughts” (Rani-Kumbakonam, 2016). Communication barriers can be more challenging to you or the person who is representing you (Lumen Learning, n.d.).

Communication barriers are created by the initiators either they are Spanish or Nigerians. This results in a huge population in the diaspora ignorant and untrained to practice. The major spiritual substance is missing and unrecognizable. No one really knows or understands what they are supposed to feel or know, so they make up and substitute elements and doctrines institutional religions and still call it orisa and ifa. The novice priests demand devotees to participate in all of that and it harms them in the long run. It is because the novice priest doesn’t return to the initiator to either complete their initiation or the devotees receive confusing information from reading books by ogberi writers on orisa and ifa. Meanwhile, the novice priest makes up what they assume is the ritual or initiation without knowing the actual protocol on either side of the pond. At the end of the day, what is right is right and what is wrong is wrong. In order to lower these barriers, it is important to ask hard questions of oneself. No matter how many years you have as a fully initiated priest, if you do not study at the foot of your elders and tell everyone how many years you have as well as titles only to pull rank, you are still a novice priest and a part of the problem.

Basically, the recommendations here is to study and study some more before running to get initiated. You can be read and do ebo without being pushed to get initiated into anything. If your life or health is in danger maybe it is wise to get a second opinion. If you went to the doctor and the doctor said you needed an operation, you would ask for a second opinion. So, why not ask for clarity before jumping into initiation with a novice priest. Don’t get it wrong in what I am saying because there are people who were initiated for years that never learn anything at all. They are like an ogberi individual. They are dangerous as well. Being initiated doesn’t make you a priest. It just makes you initiated.

Rani-Kumbakonam, U. (2016). Communicate barriers. National Conference on Communication Skills, at At Vijayawada, 3(2). Retrieved from www.researchgate.net/ 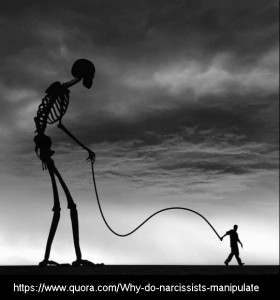 By Iyalemole Dr. Queenchiku Ngozi-Fabuluje
February 6th, 2020
US, Florida: Religion is doctrine. Religion shapes societies and builds cultures. Religion politicizes the spirituality of the land or country. Religion is the science of institutionalized established faith. The elements of religion are mythology, politics, and indoctrination. It independently doesn’t supply the human spirit with holy revelations. Religion is defined by the culture that has developed a doctrine for the population, e.g. Christianity. Religion can be viewed as repeated experiences. Religion: re means to repeat; li is lie; gion is story. If you tell a lie long enough, it becomes the truth (Odu Obara Meji). The Google dictionary states that religion is “the belief in and worship of a superhuman controlling power, especially a personal God or gods.” Religion has become a broken glass bowl. Wright (1971) stated in her article that “religions have secular and spiritual aspects, the secular being most frequently observed and reported in connection with political and social institutions or behavior” (Odu EjiOgbe). To understand religion, we must understand what religion is and what is the relation between religion and spirituality which is used in manipulation tactics in orisa and ifa practices.
Spirituality is a fragment of life, political system, and society. The Google dictionary states that spiritual is the “relating to or affecting the human spirit or soul (character) as opposed to material or physical things.” Spiritual emphasizes on the transition, transcendent, metaphysical, intangible, and time (Wright, 1971). Africa has not been able to change the negative and be fruitful. Africa is rich and full of life even after slaves’ blood fell and painted the land on both sides of the pond red (Odu Osa meji). Taylor and Chatters (2010) believe that spirituality is important to African Americans in the diaspora more than religion. For clarity, spirituality has nothing to do with religion. There is systematical corruption and manipulation that affect the Orisa and Ifa spiritual faith. The Orisa and Ifa spiritual faith in the diaspora has become sterile as it is in West Africa. Today, everything is being manipulated and fabricated. Therefore, the Orisa and Ifa system is broken in both West Africa and the diaspora (Odu Oyeku Meji).
Manipulation can be a state of being and a state of action. Google dictionary stated that manipulation is “the action of [influence of] something in a skillful manner.” For example, when there was a conspiracy to embarrass Orunmila and manipulate Olokun (Odu OgbeAlara). It is people who manipulate people and not religion or spirituality that manipulate people. Manipulation is found in many cults, religions, cultures, and political communities. Regardless, spiritual manipulation is very popular in various religions.
Spiritual manipulation is a very strong technique used in institutionalized religions by high monarchs with cult like rules. The institutionalized religions teach and influence those cultures because it is the same people who attend both forms of religion, institutionalized religions and cults. Spiritual manipulation practices falsely and dishonestly control and negotiate for personal gain under the guise of spiritually teaching. The spiritual manipulation is rooted in the syncretism of the West African orisa and ifa spiritual faith in the diaspora. As time passes, people themselves manipulate the mythology and ideology of the Orisa and Ifa spiritual faith by applying systematic corruption and a fabrication of lies (Odu Odi’Wori).
Today, the Orisa and Ifa spiritual faith is like a broken glass bowl. There are one too many lies and fabrication against various groups of people simply due to their race, gender, and age. Through centuries, Odus have changed to benefit certain people and empower the scammers and cons. It is the curse that follows Yoruba slave descendants in the American-diaspora (Awole’s curse). American-diaspora slaves are not only dislocated, but slightly spiritually broken in fragment pieces because of continuous spiritual and religious manipulation. There are illusions that those spirits are non-wakening spirits that are floating and wandering from zero to zero levels in life not understanding their destiny. Over and over the spirits are like a broken bowl. The broken glass bowl is the bowl full of poison, fabrication of initiations, spiritual limitations, and curses of Nigerians on the lost fragmented pieces for money. There is no love, care, or authenticity in the diaspora in orisa and Ifa systems.
The broken glass bowl mythology is found in all religions. The broken glass bowl represents anger, instability, loneliness, and being lost, dislocated, spiritually broken, and spiritually manipulated by the privileged. Spiritual manipulation affects an individual’s destiny. For instance, Yoruba slaves were cursed by their own relatives who placed them into slavery for wealth. The manipulation re-shaped the diasporan’s destiny spiritually. When a diasporan looks back to West Africa, there is no real substance to build on. The broken bowl can be mended with gold by having clarity, learning, and accepting the truth of the orisa and Ifa system without misogyny, narcissism, political dogma, and biased behavior.
References
Strenski, I. (2015). Understanding theories of religion: An introduction. United Kingdom: John Wiley & Son
Taylor, R., & Chatters, L. (2010). Importance of Religion and Spirituality in the Lives of African Americans, Caribbean Blacks and Non-Hispanic Whites. The Journal of Negro Education, 79(3), 280-294. Retrieved from www.jstor.org/
Wiebe, D. (1999). The insider/outside problem in the study if religion. A&C Black Publisher
Wright, M. (1971). African history in the 1960’s: Religion. African Studies Review, 14(3), 439-445. doi:10.2307/523775